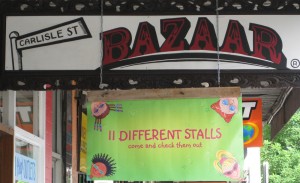 The Carlisle Street Bazaar opened just before Christmas adding another retail experience to shopping in the piece of Carlisle Street around the Balaclava Rail Station.
This Carlisle Street Bazaar replaces a store where I often browsed.  It was one of those stores that covered an eclectic range merchandise – clothes, furniture, home ware, jewelery, gifts.    All this appeared to be individually chosen to give a cohesion to the store.  This space has now morphed into the Carlisle Street Bazaar.  It is as if the original store has re-invented itself and presented a new face to the world, the cohesion has gone but the atmosphere has livened up. 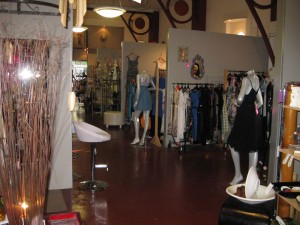 To me it is an improvement.  For one thing the space is lighter and brighter.   I found the old space rather gloomy.  The variety is better and it is more fun to browse. 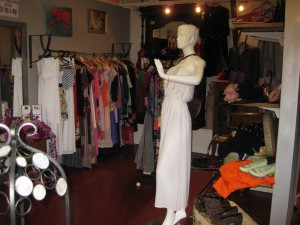 Stock moves too.  There was a hand created metal pig and sheep when I first walked into the Bazaar and a few days later they had gone.  “Snapped up,” I was told.  They still have smaller roosters from the same artist.  They are the sort of patio/garden object that lift your spirits and cause you to smile. 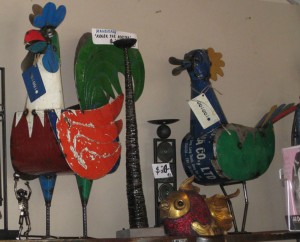 At this point the venture looks successful and it will be interesting to watch it evolve. I like the original art and would like to see more creative works for sale.

Trams – 12, 3, going along Carlisle Street, first stop past St Kilda Road. 67 Tram get off at the corner of Carlisle and St Kilda Road  or a 78 that runs from Richmond to the St Kilda East end of Chapel Street.

Some cafes and restaurants are more their location that their food and service.  Pier 35 is one such place.  On saying this, Pier 35 Restaurant doesn’t only rely on the location for their customers. The location?  Well, there is something  fascinating eating opposite a working port.    On a fine day, from the outside tables,…