Need a cat fix? Go to the Cat Cafe at 30 Guildford Lane in the CBD 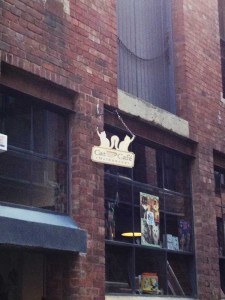 The entrance cute but not easy to see 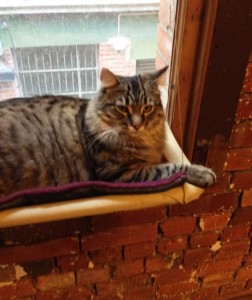 Cat sunning herself in a window hammock

This is the place for cat people.  I miss my old cat and haven’t replaced her yet and I went to get my fix with a friend who loves cats and like me doesn’t have one at the moment. 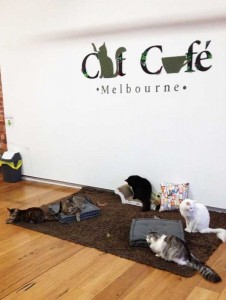 Waking up and getting ready to play

Say “Cat Cafe” and we all conjure up a mind-picture of something different.  The people who run the Melbourne Cat Cafe see a home-room for cats with people drinking a cuppa and interacting with a group of cats.  Council regulations don’t allow them to serve anything but tea, coffee and snacks. The menu is on their web site.

If this is because of cat-hair they have made the wrong judgement.  There is virtually no cat hair.  Both of us dressed very thoughtfully being careful not to wear anything that would attract and then allow cat fur to stick to us.  There was no need, for two reason.

First because the cats didn’t want to be picked up and cuddled and when we sat down they didn’t join us.  I had envisioned having a cat on my lap.  Secondly because the staff is so diligent in picking up and collecting any fur that is shed.

We arrived at 11 am to rather sleepy cats.  They had had their breakfast and were sleeping it off. A staff member joined us and produced their favourite toy. 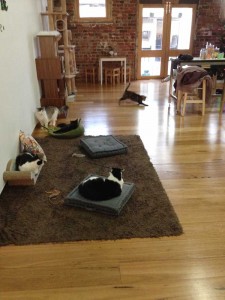 Like cats everywhere they make their own choice of toys they want to play with.  There favourite toy is not an expensive designer toy.  It is a broken toy that has left a row of small silver balls on the end of a thin flexible wand.

They love it and became animated in their desire to catch it.  I can only suppose that the silver reflects the light in some way.  There were fancy things to tempt them – the coolest cat toys available but they only roused themselves when this broken toy was produced. 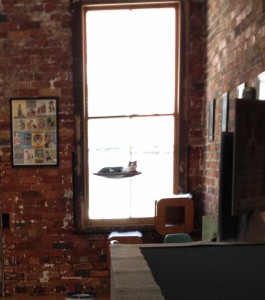 A hammock in the window

Most of the cats are large.  Small cats, if they come from one of the shelters where the cats are sourced, become large comfortable beings.  A surprising number of them are long haired which makes the lack of fur a great credit to the staff.

It is a happy place for a cat to end up.

Your local cafe is all about coffee and hopefully food.  The cat cafe is about cats. 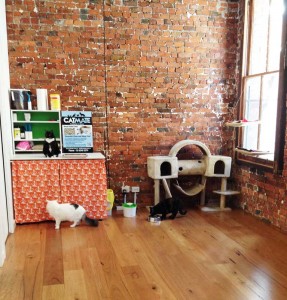 I have read that overseas cat cafes have couches and areas for people to blob out while they observe the animals.  This may give more chance to have a cat curled up beside you while you relieve your tension by stroking them.  I missed that opportunity and the opportunity to hear a cat purr.  What a wonderful relaxing thing a cat purr is.  But why should they cuddle up with us?  They don’t know us. Regular visits and interaction could change that.

We did get a fix by observing them and we quickly worked out who was boss cat, who was friends with whom and who walked alone.

We had an hour to do this and then our time was over and we were gently asked to depart.  By then two more people had arrived.

The place stays open to about 7pm making it an ideal port of call to relax at the end of the working day. 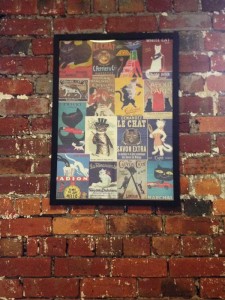 The Myer’s Christmas window tradition in Melbourne is in its 55th year.   These window animations are always breathtaking in their skill and imagination.    As I viewed them I wonder how they did it?  How they kept the standard so high year after year?  I am glad they do.  The pleasure they to give locals…